Longer term rail contracts are now the norm. The question is:

What level of rate increase should a shipper agree to in a long-term rail contract?

The graph below ultimately answers this question. 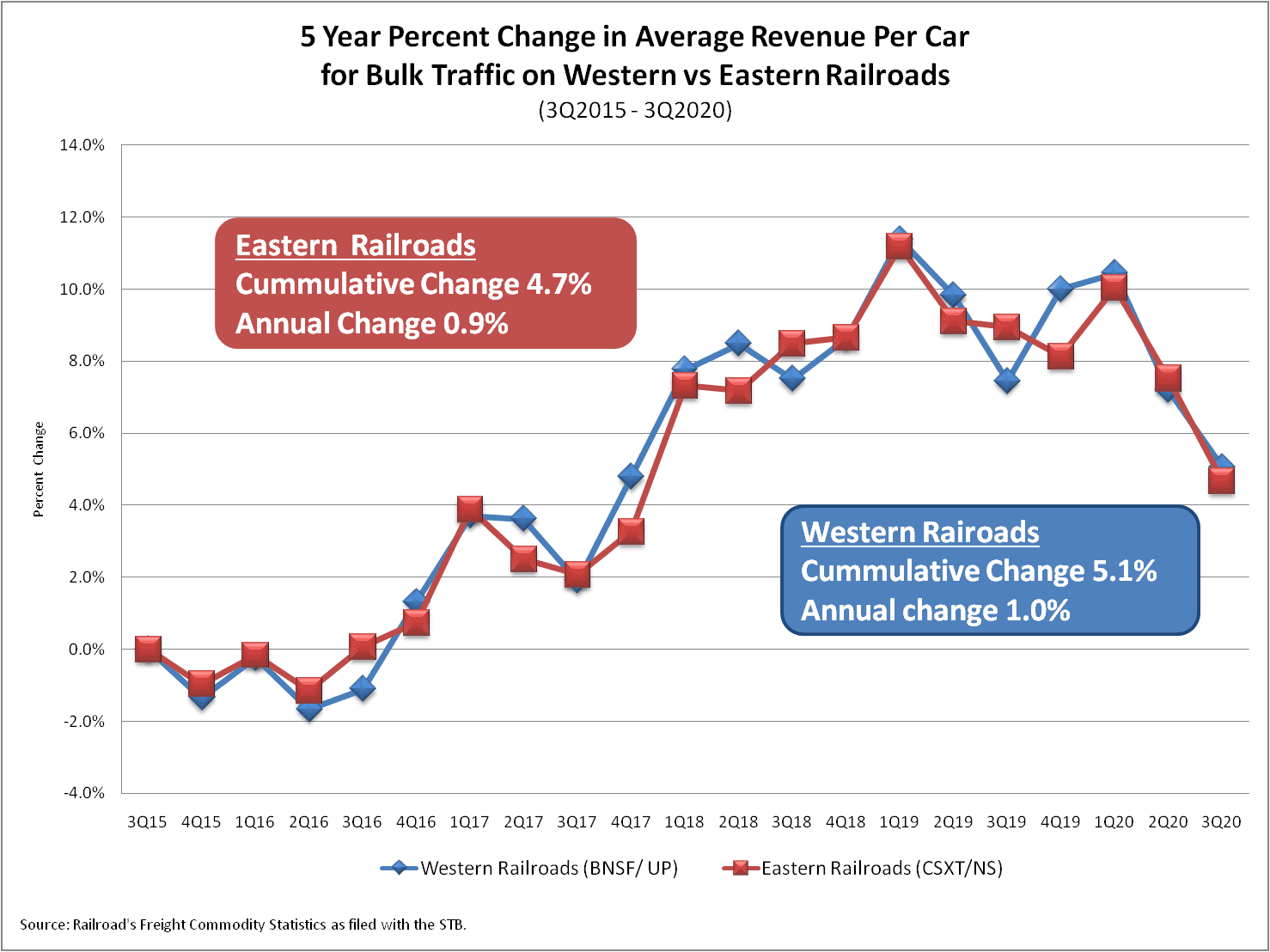 Based on historical changes, a contract escalation rate greater than 2% puts a shipper at a competitive disadvantage in its markets.

The graph above shows that the average rate per carload for bulk rail traffic been increasing less than 2% annually. In addition, bulk rail freight rates have plummeted in 2020, causing more shippers to reconsider the proper term for their contracts. Shorter term agreements, which take advantage of weakness in rail markets are being considered.

The graph below provides the 5 year trailing average rate of change for rail movements at the 2-digit STCC level for Eastern and Western railroads. Of the 14 rate changes in this graph, five (36%) increased more than 2% annually. While, only one (Farm Products) had an annual increase as high as 3%. 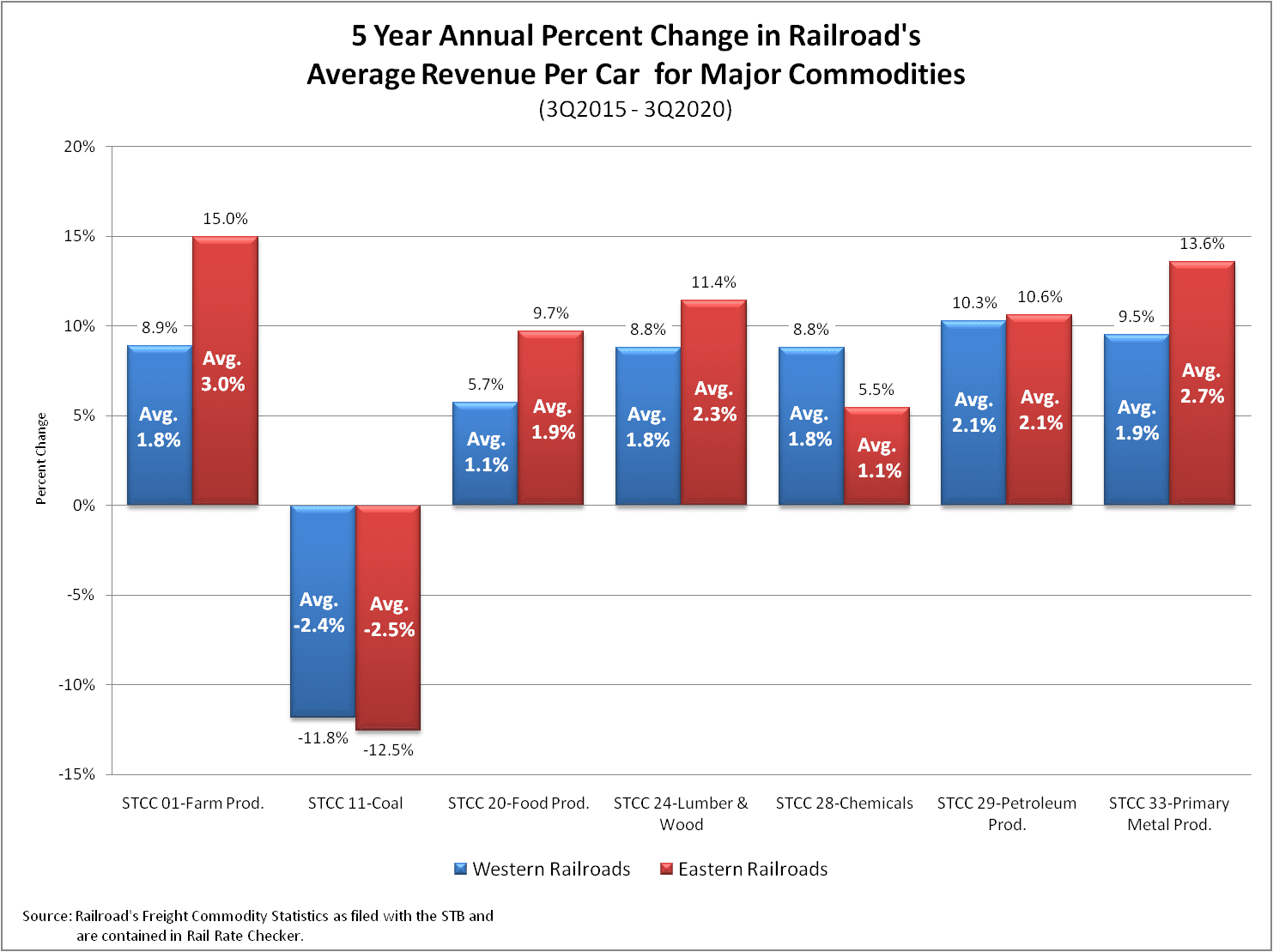 Due to the monopoly power that railroads have over many of their customer movements, they are required to submit a large amount of rate and volume information to the STB. Shippers need to access this data in order to be more proactive in rate negotiations with railroads.

Railroads rates and rate changes, down to the 5-digit STCC Code, are contained in Rail Rate Checker which is part of the Rail Cost Control system.