As you start the year of 2022, it is good to consider a new year’s resolution that will make 2022 better than 2021. The best resolution for rail shippers to consider is to become much more proactive in rate negotiations with railroads. The reason for this resolution is that it will help reduce rail expenses by counteracting the substantial change railroads have made in how they develop rates for movements.

Railroads have changed how they develop rates which means that shippers need to change how they negotiate rates. This is why being more proactive in establishing the rate structure for movements is a great new year’s resolution for rail shippers in 2022.

Illustration 1 shows the impact of the change in railroads pricing practices on their revenue. This analysis was performed by Escalation Consultants for the Rail Customer Coalition in conjunction with the American Chemistry Council. 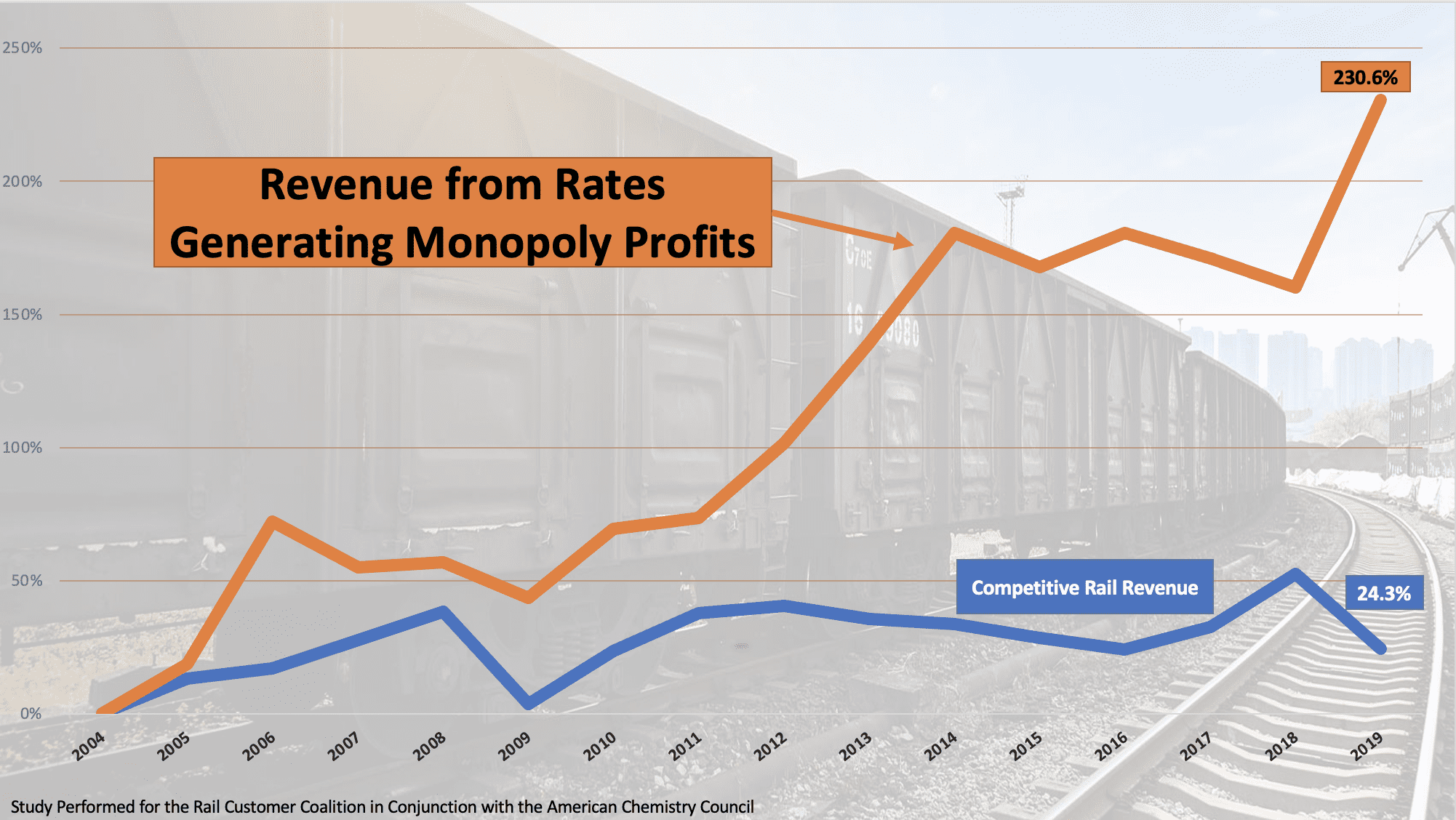 The change in railroads rate making practices has resulted in revenue from rates generating monopoly profits being the norm and is no longer the exception. 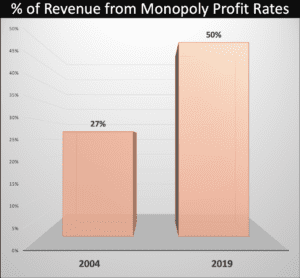 To deal more effectively with the change in railroad pricing practices shippers need to be more proactive in establishing rates for their movements. A great new year’s resolution is therefore to be in the position to tell railroads:

There are many things that need to be considered in a comprehensive plan for reducing rail expenses. However, everything starts by understanding the rates you compete against in your markets.

As an example, Escalation Consultants is annually involved with more than a billion dollars in shippers rail spend. In reducing clients rail expenses, we look at numerous issues as well as the political environment at plants.(Footnote 2) However, we always start by understanding what our clients compete against in their primary markets. This allows us to be much more proactive in establishing reasonable rates with railroads.

Not everyone can retain Escalation Consultants to assist in reducing rail expenses. However, everyone CAN use our Rail Cost Control Program (RCC) to become more proactive in rate negotiations with railroads. The RCC provides immediate access to rates you compete against in markets and identifies your primary competitors in markets.

The RCC does much more than determine reasonable rates for movements, it is a comprehensive database management system that offers shippers multiple valuable tools. These include: a bid evaluation tool that optimizes your rail spend. As well as an RFP generation tool that increases your pricing options and develops win/win opportunities that decrease your cost while increasing railroad profit and much, much more.

The change in railroad pricing practices demonstrates that shippers need the RCC program now more than ever. A good new year resolution is to know more about how the RCC will help you deal more effectively with the change in railroads pricing practices. This change is allowing railroads to obtain a significant increase in the number of rates generating monopoly level profit and the RCC is an effective tool for combatting this practice.

Footnote 1 – More detail on the analysis is included on the Rail Cost Control website under the blog titled “Impact of Consolidation on Freight Rail Rates.”

Footnote 2 – Several issues that need to be analyzed in an effective cost reduction strategy are included in Escalation Consultants Rail Negotiation Wheel which was shown in the blog titled “Obtaining the Rail Cost Reductions that Shippers’ Management Needs.” This blog is available on the Rail Cost Control website. 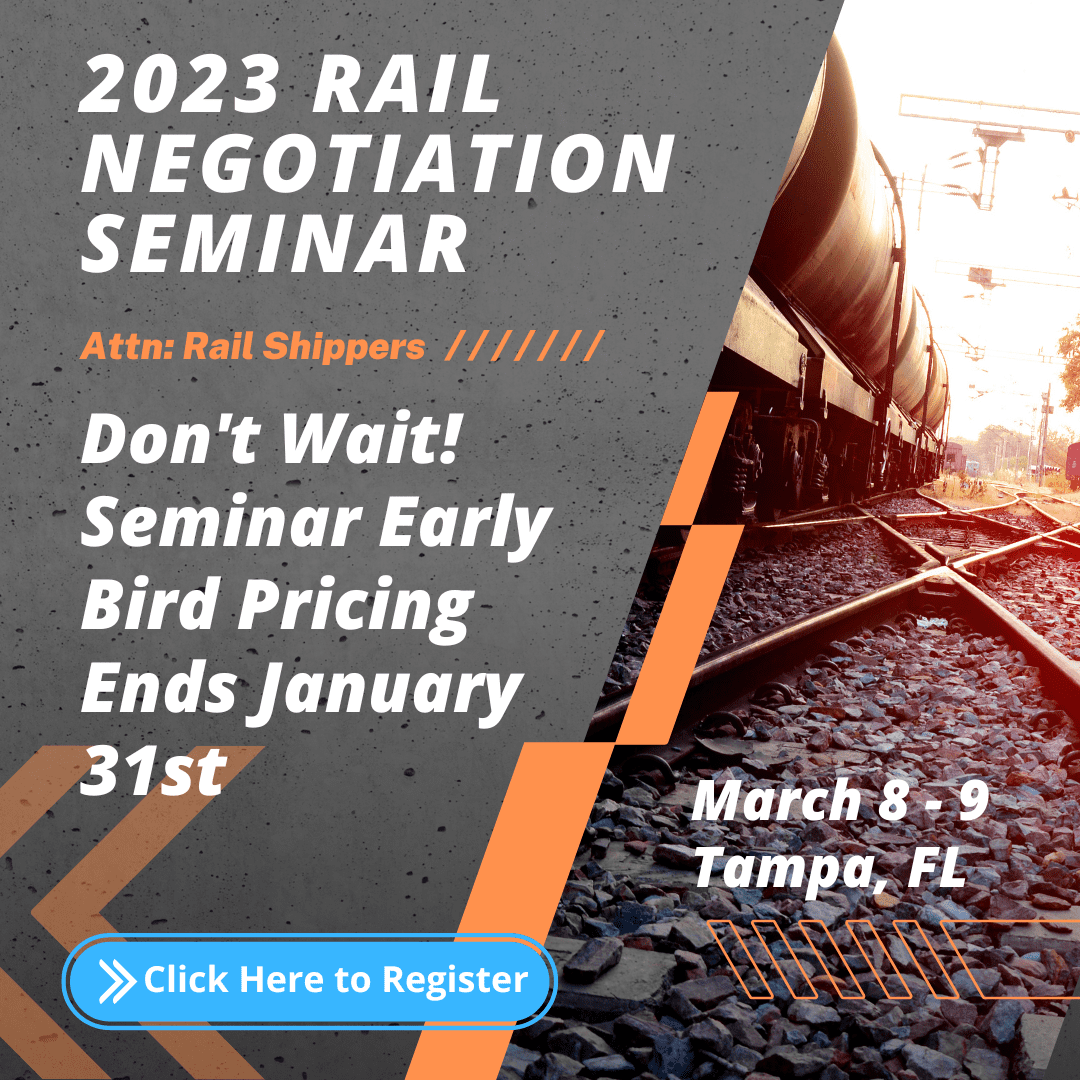