The disagreement between carriers and shippers regarding soaring rates comes down to when is enough, enough?

Shippers understand that rail rates which are too low can be damaging to railroads. Railroads do not, however, seem to fully recognize that excessively high rail rates are damaging to both rail shippers, AND the economy. The question that needs to be answered, is:

What are “reasonable” rates for railroads to charge for moving their traffic?

The level of rate increase for rail freight, compared to other benchmarks, is a good indicator of railroad’s concern about the impact of their rates on companies. The illustration below tracks the historical percent change in rail rates against rates for long-distance trucking and inflation. Rail rates are determined using Association of American Railroads (AAR) average revenue per car data. 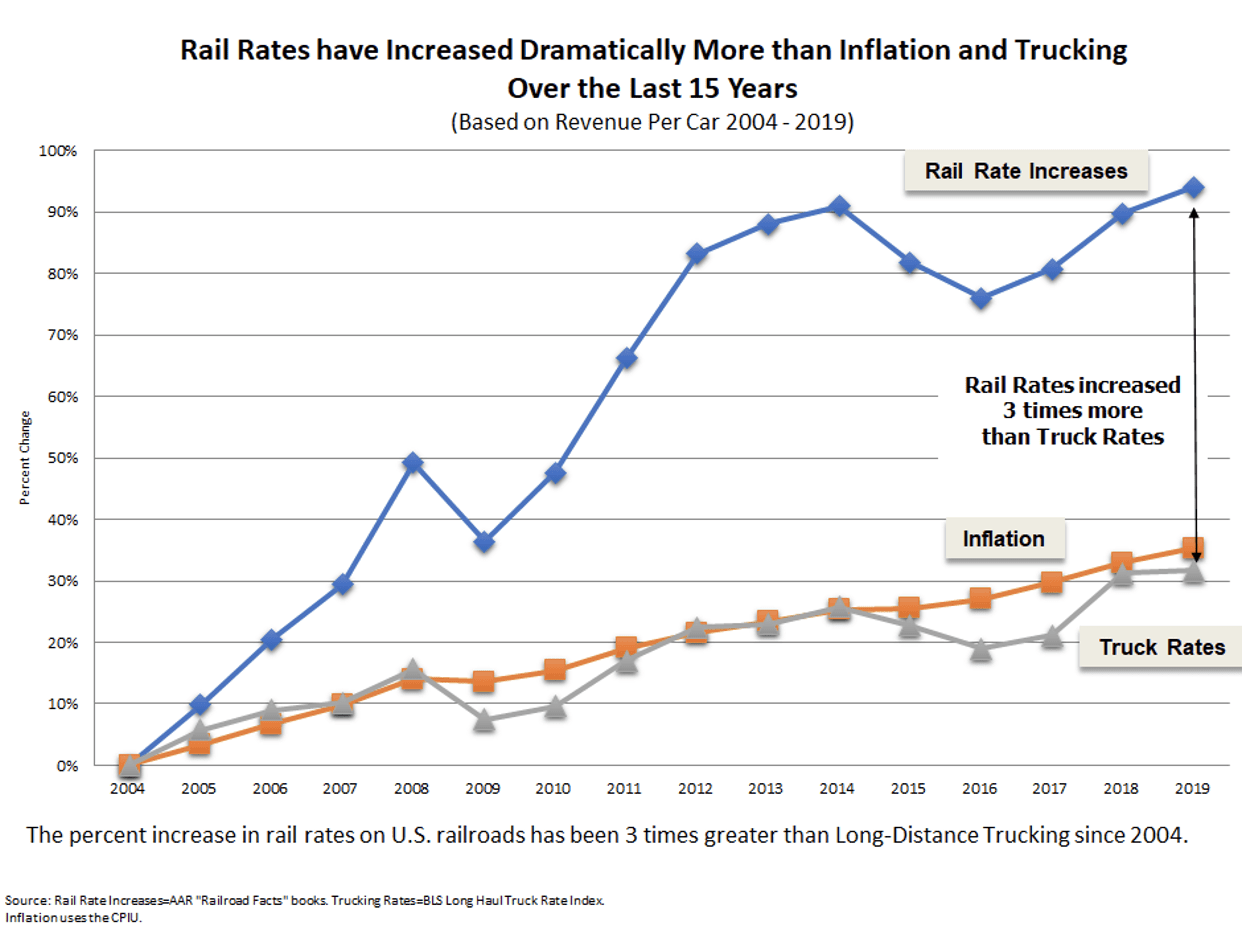 As a result of the change in economics between truck and rail, trucks are now competing against railroads for longer distance movements. The big increase in the cost of rail freight has made trucking less expense than rail for many movements. This has resulted in traffic being taken off rail which contributes to greater congestion on highways. The cost of moving traffic by truck no longer appears to be effective competition as railroads have increased their rates 63% more than truck rates over the last fifteen years.

The remarks in this article should be qualified by saying that we have the highest admiration for the management of railroads. They have been a huge success for their investors as shown by the increase in the value of their stock. Rail management has taken the advantages and disadvantages of the current regulatory system and used it very effectively to create value for its stockholders. That is what effective management of any company should do and the railroads have done it better than most. On the other hand, shippers are concerned that railroads have become too adept at using the existing regulatory environment to their advantage.

Shippers are concerned about the power of railroads to keep churning out rate increases even as shippers fight for survival during these troubled times.

In looking at the current railroad industry I am reminded of a negotiation I was involved in many years ago. In this negotiation I asked the question, “When is enough, enough?” The response was very honest, “It is never enough!” The troubling fact is that this appears to be the mantra when it comes to rail rates today. 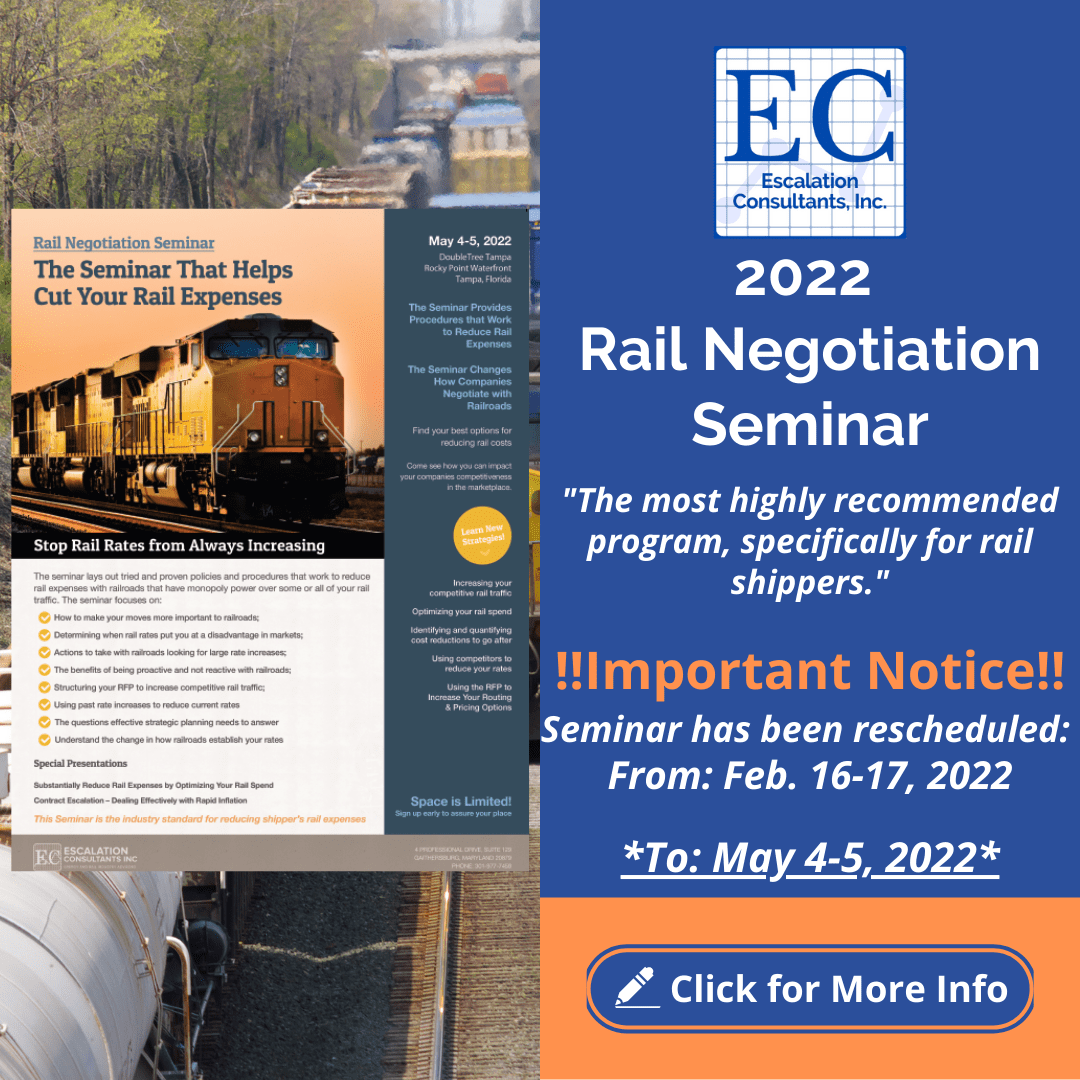